As previously mentioned, B and I had entered a virtual dressage competition – it was the replacement competition for the real one we missed.

We had a lesson tune up on the Saturday and did the filming on Sunday (much to B’s relief, he could only take so much flatwork). 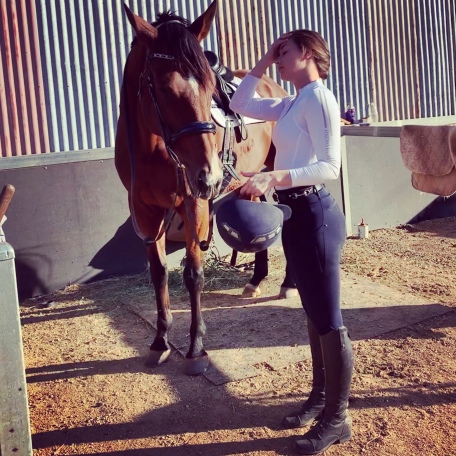 The boyfriend is getting very good at snapping the candids

As much as I am keen to get competing again, I have to say that doing it this way was really nice.

No plaiting, no white breeches, no incessant gear cleaning the night before, just a chilled out casual tack up in our standard (but slightly nicer/cleaner) gear and hit up our home ring.

While I await the results of the test, I thought it would be a good opportunity for me to judge my own test and then compare the results with the official scores and see where my perception is at. Could this end up making me super sad? Probably, but let’s do it anyway.

Quick disclaimer: 100% not perfect and so much to work on (cough *centrelines and corners*), but it is our first go at a dressage test since B’s one and only eventing dressage test in 2018. 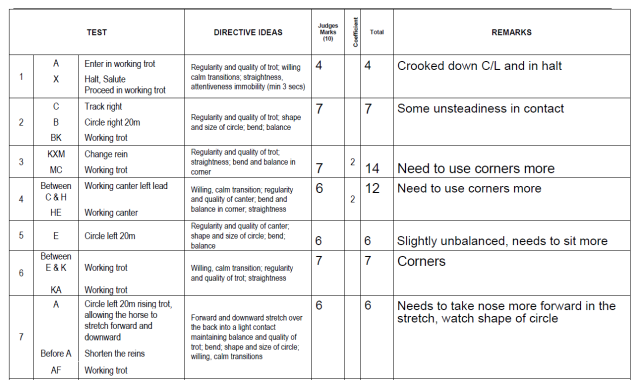 So overall, not the worst test in the world but not great. I’ll be interested to see how this ranks compared to the judge’s version.

God I can’t wait to look at the walk/trot test, that was a dumpster fire.